Panchalikulam – (The Pond Of Panchali), believed to have been constructed by the Pandavas 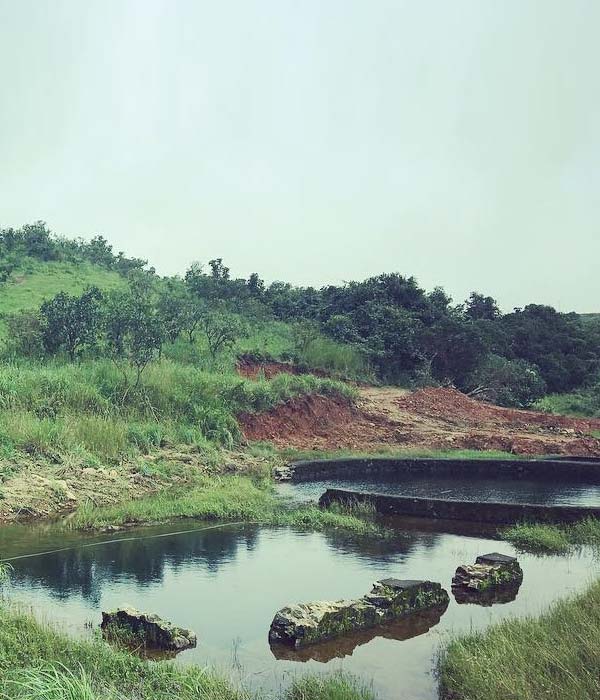 At present, there is a small temple dedicated to Goddess Bhuvaneswari, which can be approached by a walkway from the main road. The temple which hadn’t daily poojas in the past is currently under the administration of Travancore Devaswom Board (TDB), taken over from the tribals after the death of the Chief Priest Kandan Konni in 1993. The Devi was in extremely angry mode – Bhadrakali, poojas were in Saaktheya procedure, with rituals in Kowla method, (later TDB stopped all these). However, later on Devi’s presence was seen in two modes – Bhadra with motherly love and the other Kali in highly furious form, in separate sanctum sanctorum. The granite edicts found there depicts the linkage of the place to ancient history. Several Shivalingas, Trishulas (Tridents) and Nāga idols are also seen here. A small circular pond known as Panchalikulam is situated there, in which Pandavas and Panchali took their daily bath. It is about 5 dm (20 in) in diameter. Even during hot summers, it will be filled with plenty of water. One cave also exists there named Pandavaguha (Cave of Pandavas), in which the footprints of Bhima can be witnessed. Further there are Idols in granite considered as Five Pandavas, God of Tribals called Karimkuttiyan etc.

This temple has close tantric linkage with Sabarimala Temple.This is can be seen in the age old tradition of putting a stop of the special ritual called “Guruthi” (The ritual includes “tharpana” of “Guruthi” – creamed mixture of Turmeric, slaked lime and other pooja ingredients – on the decorated frame and “Gandhakam” is sprinkled on fire to ward off evil-spirits during the course of puja), during the Mandala –Makaravilakku season, till the “Maha Guruthi” at Malikappurathamma Temple on the last day of the season.

This holy place – Panchalimedu and the temple of Bhuvaneswari Devi has a very long history acan bees old as more than 5000 years to ‘Dwapara Yugam”. The anti – Sabarimala activities being continued by the Christian group started with the burning of Sabarimala temple in 1950. Later in 1983 they planted a big Stone Cross at Nilakkal near Mahadeva temple which they had to take away due to the strong opposition of devotees of Ayyappa. Now they have started cultivation of Crosses in the holy place of Hindus – Panchalimedu, part of Sabarimala Poonkavanam, and the present Kerala State Government of lead by Communists gives full support to the invaders. Most of the Hindu organizations, especially devotees of Lord Ayyappa have come out with strong protest and have declared to start ferocious and forceful agitation to thwart the nefarious designs of the anti-Hindu forces.